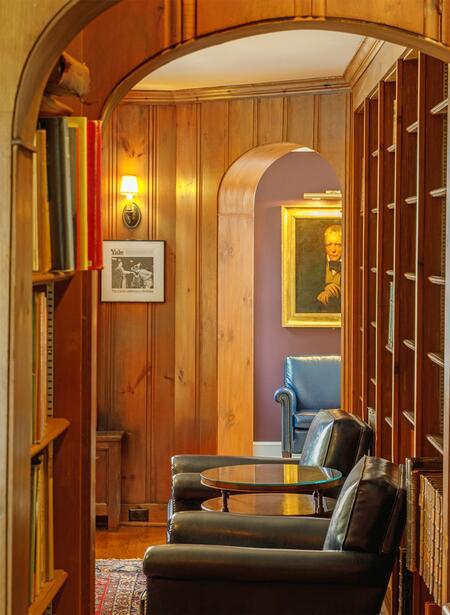 An “Arabian-Nightish” gift to Yale is what Clarence Day, the author of Life With Father, called the Elizabethan Club. The Club was the brainchild of his Yale classmate, Alexander Smith Cochran, Class of 1896, who in 1911 donated a house, a $100,000 endowment, and his important collection of early English literature to found it. Its modest purpose was to provide a forum for undergraduate discussions on literature, art, or indeed any subject, and to offer a congenial environment for social and intellectual interaction between junior and senior members of the University.

“The object of this club shall be the promotion among its members and in the community of a larger appreciation of literature and the arts and of social intercourse founded upon such appreciation.” The Elizabethan Club Constitution

The Elizabethan Club administers an annual lecture, which brings to Yale every year a distinguished theatre practitioner to speak on a topic of his or her choice. The Lectureship honors the late Maynard Mack, Sterling Professor of English at Yale, chair of the Department, and eminent scholar and critic of Shakespeare and Pope. The Mack Lecture Committee has invited Lauren Yee ‘07 to speak on October 13, 2022.

The Club’s founder was a man of considerable interest. Alexander Smith Cochran’s family had been in the carpet manufacturing business in Yonkers, New York, for several generations. On leaving Yale, Cochran entered the carpet works as a hand and moved rapidly up to become president five years later. After the death of his uncle, he installed another man as president and turned full-time to his three leisure devotions—yachting, books, and philanthropy.

Contributions to the Elizabethan Club help support the Club’s educational programming, outreach to students and scholars, and expansion and conservation of its important collection of rare books and manuscripts. Your contribution helps further the Elizabethan Club’s mission of supporting the arts and letters. Contributions can be made to general operating funds or to the Stephen Parks Fund as described below. 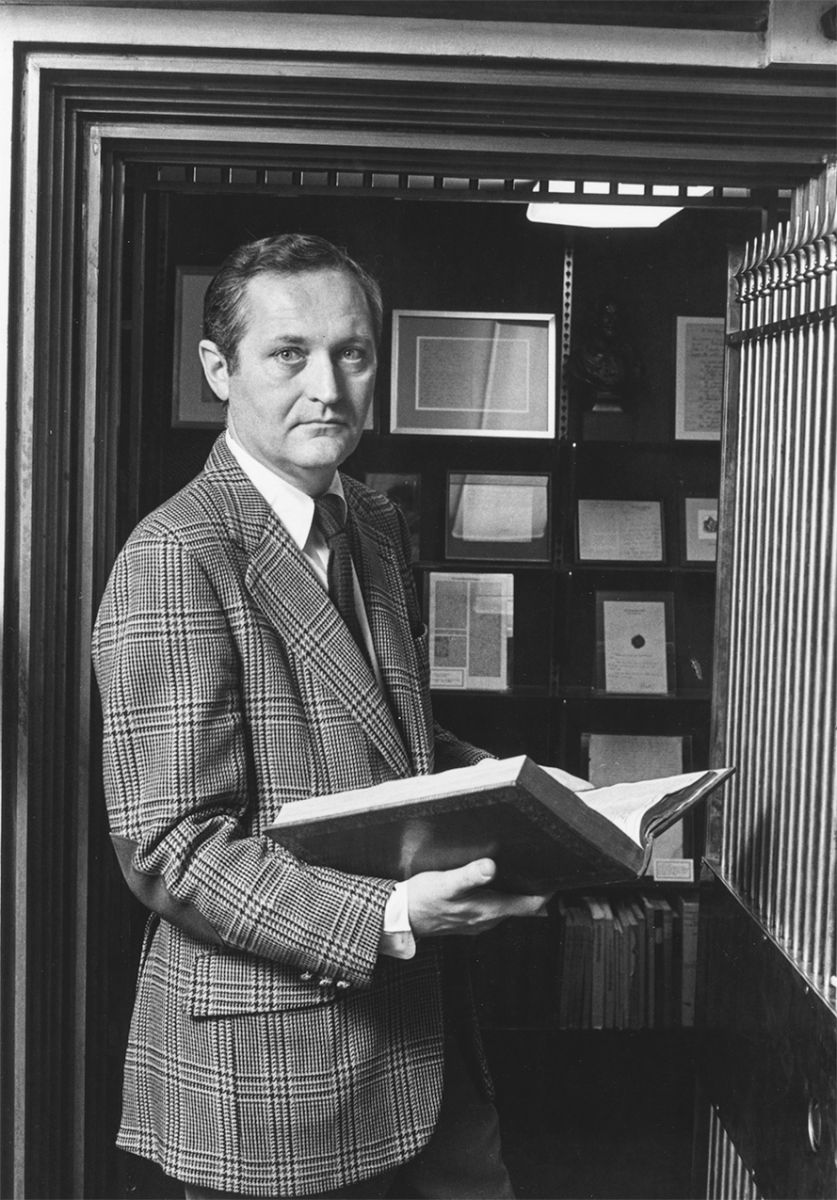 On July 22, 2021, Stephen Parks died. Few people have shaped the Club and its collections more than Steve. In  addition to his service as Club president and as a member (and chair of) the Board of Incorporators, his lasting  legacy is his forty-four years of service as librarian. Generations of members have fond memories of time spent with Steve at tea, wine tastings at his elegant home (surrounded by his remarkable collections of medals, Gothic Revival furniture, and books), and his profound dedication to both the history of the book and the value of social interaction centered on the arts and letters.  Read Earle Havens’ Remembrance